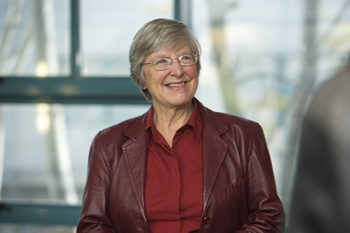 Pam Peters is a Fellow of the Australian Academy of the Humanities, and Emeritus Professor of Macquarie University, following her retirement from a personal chair in Linguistics.  She was a member of the editorial committee of the Macquarie Dictionary for its second, third and fourth editions (Macquarie Library, 1991–2006), and Director of Macquarie University’s Dictionary Research Centre (2000-7). She led the compilation of reference corpora for researching Australian English, and contributed 6 chapters to the 6th edition of the Australian Government Style Manual (2002). Her major publications on style and usage include the Cambridge Guide to English Usage (CUP 2004) and the Cambridge Guide to Australian English Usage (CUP 2007), and she co-edited Comparative Studies of Australian and New Zealand English: Grammar and Beyond (John Benjamins, 2009). She currently directs an international research project on Varieties of English in the Indo-Pacific (VEIP).

In conversation: why does science need style? (Presenter)